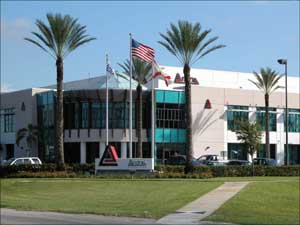 The CRA played a part in having Andrx locate their headquarters in Davie at Orange Drive and Kean Road. This type of industry, a pharmaceutical research and manufacturer, is considered a Qualified Target Industry by the State of Florida because of the research and development nature of the jobs created.

An incentive in the form of a property tax rebate from the State, County and municipality is received over a 7-year period. The CRA pays the local share to the State, which is approximately $15,000 to $20,000 per year.

The Town of Davie indicated a need for a fire/rescue station on the East side. The CRA worked very closely with the Town and purchased a site for this station at the corner of Oakes Road and 441. The cost of the land was just under $700,000. The CRA is prohibited from performing certain municipal functions such as actually constructing the station or paying to operate the station, but was able to purchase the property.

The CRA has also helped pay for road improvements in this area.