Davie’s Open Space initiative began to take form in 1987 when the Town came to realize that urban sprawl in Broward County had begun to chip away at the vast tracts of agricultural and semi-rural land throughout the Town. 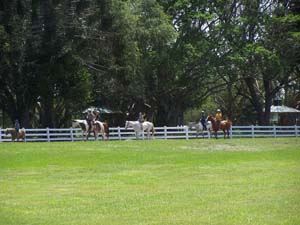 Davie residents and elected officials attended the Visions 2000 Forum funded by the Florida Department of State and came to realize that an ongoing effort was needed to educate Davie’s residents and corporate citizens about the need to protect open space and to incorporate the preservation of open space into the growth management scheme. The Town called in various experts on the subject and held symposiums to explore preservation options.

Davie conducted a straw vote as part of its regularly scheduled municipal elections to gauge community support for open space protection. With an overwhelming 94% of voters in support of the concept, the Town began efforts to implement some of the recommendations from the Visions 2000 Forum.

Florida’s Governor and Cabinet approved the purchase of Pine Island Ridge, a natural oak ridge located in the Town of Davie, as the first open space parcel. The Town participated in the preservation of the ridge by contributing the land that it had previously acquired from a private landowner.

Davie established its Open Space Advisory Committee (OSAC) to advise the Town Administrator and Town Council concerning the preservation of open space. The Town also hired a team of consultants to:

With this, the planning began to take shape, and the formation of Davie’s open space program was laid out. The plan identified land parcels, such as citrus groves, plant nurseries, open pastures, and other agricultural lands that would be targeted by large-scale developers. It identified natural resources, such as botanical and geologic features, wetlands areas, wildlife, and archaeological sites to preserve.  It also defined the community character, classified parcels of land based on location and type of use, and laid out various methods of acquisition and preservation of the parcels, such as outright purchase, conservation easements, transferable development rights (TDRs), and purchase of development rights (PDRs). It included changes to the Comprehensive Plan that would trigger new standards in growth management, zoning, site planning, and future development of Davie. The plan provided a framework for implementation, as well as the foundation for a funding mechanism.